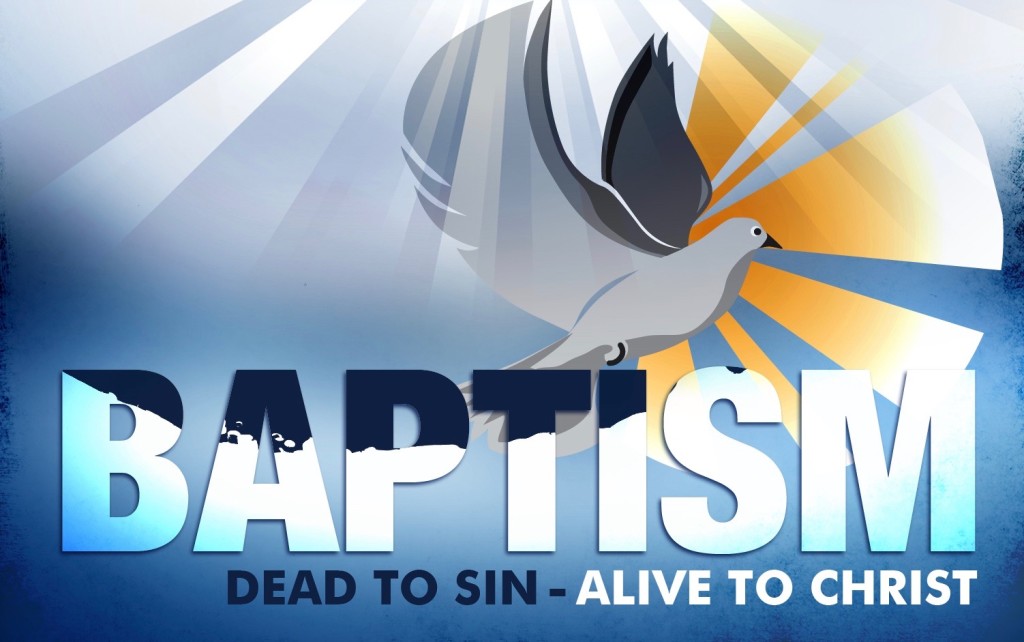 What is baptism all about?

Identify with Jesus in all ways, including baptism.

36   “Therefore let all Israel be assured of this: God has made this Jesus, whom you crucified, both Lord and Christ.”

37   When the people heard this, they were cut to the heart and said to Peter and the other apostles, “Brothers, what shall we do?”

38   Peter replied, “Repent and be baptized, every one of you, in the name of Jesus Christ for the forgiveness of your sins. And you will receive the gift of the Holy Spirit.  39 The promise is for you and your children and for all who are far off — for all whom the Lord our God will call.”

Baptism is often a confusing issue in the church for people who have not grown up in the church.  Why, because it is really only within the church that it is practices anymore.  In New Testament times, baptism was a common initiation and identification ritual that showed people you had made a decision to believe or follow a person or teaching.  There was a baptism ritual in the Jewish communities.  You can read more about the Jewish ritual at this link that explains the Jewish baptism ritual.  Jesus’ predecessor, John the Baptist, baptized people for the remission of sins.  And of course, Jesus’ disciples, and the church He established, also baptized.

In the days after Jesus ascended into heaven the disciples were waiting in Jerusalem for the power of the Holy Spirit to come upon them.  When it did, they went into the public square and shared the Good News about Jesus with all who were there.  After doing so he called those who believed in who Jesus was and what He did to “Repent and be baptized.”  The 3,000 people who placed their faith in Christ that day were the first we have recorded that did so after Jesus’ death, resurrection and ascension.  Paul’s appeal to them was to follow the act of repentance with the act of baptism.   And, so, the act of Christians being baptized who have placed their faith in Christ and repented of their sins is as old as Christianity itself.

1   What shall we say, then? Shall we go on sinning so that grace may increase?  2 By no means! We died to sin; how can we live in it any longer?  3 Or don’t you know that all of us who were baptized into Christ Jesus were baptized into his death?  4 We were therefore buried with him through baptism into death in order that, just as Christ was raised from the dead through the glory of the Father, we too may live a new life.

5   If we have been united with him like this in his death, we will certainly also be united with him in his resurrection.  6 For we know that our old self was crucified with him so that the body of sin might be done away with, that we should no longer be slaves to sin —  7 because anyone who has died has been freed from sin.

8   Now if we died with Christ, we believe that we will also live with him.  9 For we know that since Christ was raised from the dead, he cannot die again; death no longer has mastery over him.  10 The death he died, he died to sin once for all; but the life he lives, he lives to God.

So, what about you.  Have you placed your faith in Jesus and His death and resurrection?  If so, let me speak the words that the Apostle Paul  would say to you:  “Then be baptized!”