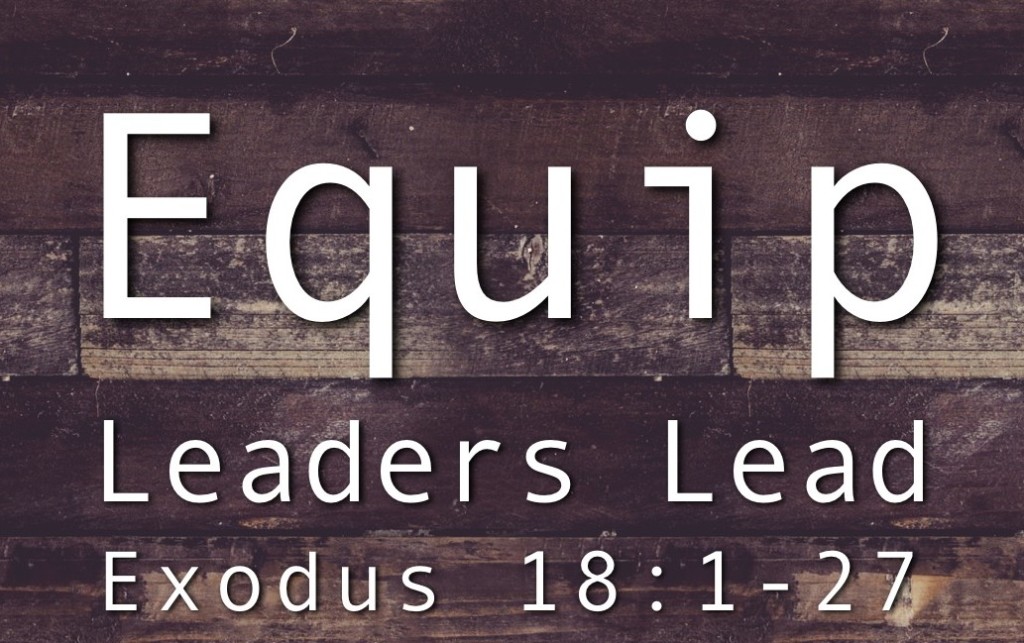 What’s a leader to do?

Embrace Leadership –  Help people reach their potential in a way that helps the church reach its potential.

1   Now Jethro, the priest of Midian and father-in-law of Moses, heard of everything God had done for Moses and for his people Israel, and how the Lord had brought Israel out of Egypt.

2   After Moses had sent away his wife Zipporah, his father-in-law Jethro received her 3 and her two sons. One son was named Gershom, for Moses said, “I have become an alien in a foreign land”;  4 and the other was named Eliezer, for he said, “My father’s God was my helper; he saved me from the sword of Pharaoh.”

5   Jethro, Moses’ father-in-law, together with Moses’ sons and wife, came to him in the desert, where he was camped near the mountain of God.  6 Jethro had sent word to him, “I, your father-in-law Jethro, am coming to you with your wife and her two sons.”

7   So Moses went out to meet his father-in-law and bowed down and kissed him. They greeted each other and then went into the tent.  8 Moses told his father-in-law about everything the Lord had done to Pharaoh and the Egyptians for Israel’s sake and about all the hardships they had met along the way and how the Lord had saved them.

15   Moses answered him, “Because the people come to me to seek God’s will.  16 Whenever they have a dispute, it is brought to me, and I decide between the parties and inform them of God’s decrees and laws.”

17   Moses’ father-in-law replied, “What you are doing is not good.  18 You and these people who come to you will only wear yourselves out. The work is too heavy for you; you cannot handle it alone.  19 Listen now to me and I will give you some advice, and may God be with you. You must be the people’s representative before God and bring their disputes to him.  20 Teach them the decrees and laws, and show them the way to live and the duties they are to perform.  21 But select capable men from all the people — men who fear God, trustworthy men who hate dishonest gain — and appoint them as officials over thousands, hundreds, fifties and tens.  22 Have them serve as judges for the people at all times, but have them bring every difficult case to you; the simple cases they can decide themselves. That will make your load lighter, because they will share it with you.  23 If you do this and God so commands, you will be able to stand the strain, and all these people will go home satisfied.”

24   Moses listened to his father-in-law and did everything he said.  25 He chose capable men from all Israel and made them leaders of the people, officials over thousands, hundreds, fifties and tens.  26 They served as judges for the people at all times. The difficult cases they brought to Moses, but the simple ones they decided themselves.

27   Then Moses sent his father-in-law on his way, and Jethro returned to his own country.

And only one of them is doing Biblical leadership.

You may not lead thousands.  Maybe it is just a few people at work, or a couple in your ministry, or a small group, or your children, or a friend who is far from God.  But, when you embrace leadership, equipping others to be ministers, in the home, in the church, in the community, you become a Biblical leader who God will use to help change the world…one person at a time.

Help people reach their potential in a way that helps the church reach its potential.